The Competition’s final round has begun…

There is only one day left in the third and final round of the XV International Tchaikovsky Competition, as outstanding finalists compete for gold medals in four performance categories and a possible Grand Prix. The 26 final round contestants – six pianists, six violinists, six cellists and 8 singers (four male, four female) – come from 13 countries. The youngest is 16, the oldest 32.

The results of this final round will be announced during the Award Ceremony this Wednesday 1 July 2015 at 7:00pm, live from Tchaikovsky Hall at the Moscow Philharmonie.

This grand finale on 3 July 2015 will be preceded at 6:00pm by a one-hour talk show featuring Maestro Valery Gergiev and the winners of the competition, among other contestants, jurors and personalities.

The medici.tv webcast of the XV Tchaikovsky Competition presented under the dedicated #TCH15 brand has been hugely successful, with the cumulative viewership figures establishing new records for the classical music industry:

The audience for the medici.tv streaming of the XV Tchaikovsky Competition comes from 179 countries, bringing together an international community of music lovers from 10,352 cities, balanced on all continents. Russia represents 31% of the total audience, the Americas 26%, Asia 22% and Europe 21%.

The Top 10 viewership territories are:

In addition to these official figures, the XV Tchaikovsky Competition has generated an unprecedented success on the social networks, with amazing results over the past two weeks through Facebook, Twitter, YouTube, Instagram and VK.

These official TCH15.medici.tv social-media channels have an accumulated reach so far of 3,630,457 with an engagement of 570,979 interactions. The number of additional video views only on the medici.tv official YouTube channel is already 152,353.

A special focus has place on China in order to optimize the access of the webcast via the official Chinese version of the TCH15 platform but also via partnerships with Youku, Weibo and WeChat. This combined effort has enabled a reach so far of 497,352.

In addition to the webcast of all rounds since the beginning – already more than 180 hours of live streaming – TCH15 presents a daily diet of richly illustrative editorial content, creating various avenues for music lovers to discover the Competition in an alternative, in-depth way:

– the Gazette, a daily live webcast magazine featuring bilingual hosts in the slots before, during and after each webcast;

– Extended interviews (already 35 available on replay), with each evening offering insights from the key people of the TCH15 project;

– the Tchaikovsky Festival, 120 highlights from the medici.tv catalog, featuring previous winners, jurors and more great musicians connected to the unique history of the Tchaikovsky Competition.

Altogether, this enriched content been watched again on replay some 344,375 times on the TCH15 platform. Many of these programs are also exposed via the social networks, generating a universe of additional visibility for the XV Tchaikovsky Competition.

A word from Maestro Gergiev…

“I think that during the last three weeks in Saint Petersburg and Moscow hundreds of young pianists, violinists, cellists, and vocalists have shown brilliantly that we may hope to discover great talents, and that the Tchaikovsky Competition has indeed found great talents.

What a mission and what drama!  Even at the preliminary auditions there were some truly talented artists who did not make it to the first round.  Dmitri Shostakovich, the first Chair of the International Tchaikovsky Competition, and Van Cliburn, its first winner, began an amazing history that still lives on, while thrilling and capturing the attention of millions of people in virtually every country on the planet!

Soon we will announce the winners of this Musical Forum that is the largest in the world. These will be the new champions and the new hope of our Competition. To all the future Winners, I say you should cherish and grow your Priceless Gift! Yours.“

Artistic and General Director of the Mariinsky Theatre

A word from medici.tv…

“We are thrilled by these phenomenal viewership results for the XV International Tchaikovsky Competition. The numbers are a record for medici.tv – but also for the entire classical music industry online. The worldwide success of this webcasting project underscores, once again, that when classical-music programming is conceived, presented and promoted in a forward-minded way, it can intrigue and excite a devoted global audience. We can use webcasting to tell a compelling story about this great music that reverberates among millions of people.

It has been a huge technological challenge with hundreds of people on board, often working 24/7, but the response of the public has been so positive and generous that it justifies all our efforts, encouraging us further. What has excited this audience has been the rare combination of elements that the Tchaikovsky Competition offers: compelling, charismatic contestants with a fantastic level of performance quality; the array of prestigious jurors (often former Tchaikovsky Competition winners themselves); the Competition’s fascinating history since 1958 with Van Cliburn’s win; and a vast time frame for viewing, with more than 200 hours of live streaming in less than three weeks.

We at medici.tv – with our mission of passion for music – are so proud to do our part in giving the amazing young talents of the XV International Tchaikovsky Competition unprecedented long-term visibility worldwide. All involved in producing the Tchaikovsky Competition – including the ever-devoted, energetic Valery Gergiev – have been a joy to collaborate with. We offer our gratitude and congratulations to them, taking note of this special year in which we all celebrate the 175th birthday of the event’s namesake composer.” 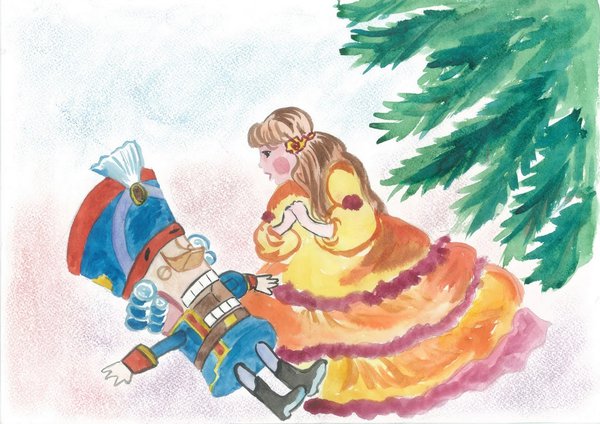